I decided to tell the stories of my adventures in Austria as one blog post. I spent two days in Vienna, and one day combined in Hallstatt and Salzburg. All I can say is, wow Austria is a beautiful country. I LOVE mountains, and I definitely got to see some beautiful Appalachian views while I was here. My adventure in Austria began in Vienna.

Vienna is big. No, I mean like really really big. We only had about a day in a half in Vienna and to be honest I was intimidated by the sheer size of this city. With our limited time there, I didn’t even know where to begin with sight-seeing! Shanna and I decided to do what we do best, which is to just wander the city and explore what there is to see. We were rooming with two Aussies in our hostel, and they decided to join us for a self-guided tour of the Schönbrunn Palace in the city.

The palace was beautiful, but what was even more impressive were the gardens next to the palace! We explored these gardens for well over an hour, and we maybe saw a 1/10th of all there was to see. We kept going back and back in these gardens, getting lost in hedge mazes, coming to new clearings, finding our way through gazebos and vine covered walkways. I love being in nature, so exploring these gardens for an hour and getting lost in them was super fun to me!

We decided to take a turn that would bring us back to the palace so we could explore the back side of it. We were greeted by more gardens, more statues, more fountains, and everything was impeccably well maintained. Everything about this place was beautiful. We walked down this huge garden to a massive fountain that had mer-people all over it (Fun side note: I think Vienna really really likes mer-people, because there were statues of mermaids and mermen everywhere!).

Behind this fountain was a big hill with some kind of structure at the top. We suspected the view from up there would be gorgeous, so we made the climb up there. And we were right!

We ate dinner with our new Aussie friends and headed back to the hostel. For our second day we explored the city with our female Aussie friend from yesterday, had lunch, and shopped around together. One thing that Shanna and I really wanted to do while we were in Europe together (especially me!) was to see a classical music performance. I thought Vienna would be the perfect place for this, and in fact we found people selling tickets for a Mozart performance that night in the streets. We bought our tickets and went back to the hostel to get ready! For the second time that trip we got all dressed up (with new clothes that we had both bought that day while out shopping) and headed to the concert. It took place in a beautiful theater hall that was small, but extremely ornate. The performance ended up being a combined symphony performance, ballet, and opera from works of Mozart and Straus. I loved every minute of it! They even played the one Mozart song I know how to play on piano, so I geeked out a bit!

After the show we found a little Italian restaurant to eat at for dinner. Shanna and I were very lucky to have each other for travel companions. Obviously we get along great, but we also have very similar tastes in food and often craved the same thing at the same time! When I craved thai food, she craved thai food. When she craved Italian, I craved Italian. It was a win-win situation every time, haha.

The next day we were headed for Hallstatt. Let me tell you a little bit about this place. I have dreamed of visiting this little village ever since I stumbled across a picture of it on the internet years ago. Certain scenes from my favorite K-drama Spring Waltz were also filmed there, and I have been dying to see this place with my own eyes ever since. In pictures, it looks like the cutest, quaintest little village you have ever seen. Straight out of a fairytale, it has the old Bavarian style houses and is tucked away in the mountains next to a beautiful lake. Visiting Hallstatt had been on my bucket list for years, and I knew I had to go there.

The only problem with Hallstatt, is that it is very tucked away in the mountains. No major bus system or train system could take us there that wouldn’t take 12+ hours due to the winding nature of the mountain paths. We didn’t have time to afford taking a 12 hour trip to this place, so we had to think of something else! Luckily, I was able to find out that by car it was a mere 2 hours from Vienna, and a 1 hour car ride from there to Salzburg (the city we were sleeping in that night). So, we decided to rent a car and drive ourselves across Austria!

There’s a funny story about our adventure to get to Hallstatt; it started with the car. I rented a car online the day before and thought we were all set to pick it up in the morning. When we get to the rental place she is handing me paperwork, explaining things about the car, everything seemed normal… Then she goes “and it is manual transmittion.” In my head I’m thinking “What?!!” You see, I don’t know how to drive a stick shift, so naturally I selected to get an automatic transmission car when I filled out my entry on the website. It turns out that automatic transmission cars are pretty rare in Europe, so this was the only car they had to give us. I don’t know about you, but I was not OK with learning how to drive a stick for the first time, in a new country, while driving through the mountains! “There has to be some other car available?” I pleaded. After some clicking around on the computer she was able to find us a car with an automatic transmission. Thank goodness, I thought! “It’s a BMW…” she says, as she rattles off all of its other details. I hear Shanna utter “Holy shit!…” under her breath and I turn to her confused. “What, is that good or bad?” I ask when the attendant steps away from the desk briefly. “It’s a really really REALLY expensive car!” she explains. So there we were, driving out of the rental car parking structure with a BMW headed for Hallstatt. As soon as Shanna told me it was an expensive car I was instantly hyper paranoid about ANYTHING touching this car. Getting out of the city of Vienna and on to the highway had my heart racing! “Please don’t hit this car, please don’t hit this car!” I silently prayed to all of the other cars around me.

The drive went flawlessly though. It turns out we were even MORE lucky that day because the fancy ultra-expensive car we were driving had a built-in navigation system. It sure beat the heck out of the screenshots we had on our phones from Google Maps driving directions! I swear without that built in navigation we never would have made it to Hallstatt!

The drive was scenic and gorgeous, as we drove through the Austrian Alps to this sleepy little mountain village. We finally arrived at around 1pm. Was it beautiful there? Absolutely. Was the town what I was expecting? No! Allow me to explain. Apparently in recent years Hallstatt has become a big tourist destination for those, like myself, who wanted to gaze upon the beauty of the lake and the mountains. So you can imagine I was quite surprised when we drove up to this village and there were buses and tourists EVERYWHERE. The streets were packed, parking was almost impossible, and there were even souvenir shops! I will be completely honest here. I was not expecting Hallstatt to be a village on display, and I was not expecting there to be so many people. I thought Hallstatt was going to be a secret gem, where Shanna and I could walk the streets together in peace among native towns people and have a quiet picnic by the lake. I was disappointed that there was so much tourism before my eyes.

If there is one thing I am not, it is a pessimist. So despite Hallstatt not appearing how I thought it would, I made the best of the situation and told myself, you are here to have a good time and a good time you will have! We wondered the streets together, gazed upon the beauty of the mountains around us, and we did in fact get to have our quiet picnic by the lake together. We brought with us a few baguettes, cheese, cherry tomatoes, grapes, and wine. I admit, I felt so sophisticated eating our little French-inspired picnic by the lake in the backyard of a church. We sat at our quiet and secluded bench, talked about life, gazed at the beauty of the scenery around us, and enjoyed our peaceful meal together. It was a memory with Shanna that I will always cherish.

Hallstatt was beautiful. And true, the streets were crowded with more people than I would have liked to be there, but the town itself truly was beautiful. We packed up our things and headed back to the car. After a debacle of trying to get our car out of the parking lot we were finally out of Hallstatt and headed to Salzburg for the evening.

Our time in Salzburg was pretty limited. We only had that one night in town before we were headed to Munich the very next day. Compared to all of the other cities we had been to so far (besides Hallstatt), Salzburg seemed like nothing more than a small town. I think within 2 hours of wondering we had seen all there was to see, but we did stumble upon a very pretty garden.

Apparently it is the town that Mozart was born in, so we went to see the house where he was born and the house he lived in. That night we found a restaurant and both ate a pizza that was bigger than us.

It was time to say goodbye to Austria. The next day we hopped on our final bus together and headed back to Munich, Germany. 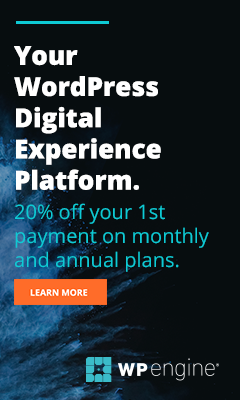